Telling a female marijuana plant from a male one can be tricky for the inexperienced grower. It is, however, essential to get a knack for doing this as early as possible. Unless you’re breeding or cross-breeding marijuana, there is no reason to have male plants in the grow room. Find out how to tell the difference between males and females and what to do with each of them.

If a male is kept in a grow room, it will eventually release a pollen which pollenates the female flower. Once this has happened the female bud will have seeds, the plant is less potent and now also full of seeds. If you have any males in the grow room, rip them out as soon as you see them. If you manage to do this, your buds will be ‘sinsemilla’ (literally meaning without seeds). Check the description below and also have a look at some marijuana pictures. This is the best way to easily tell a male marijuana plant from a female one.

For a complete guide to marijuana sexing click here. 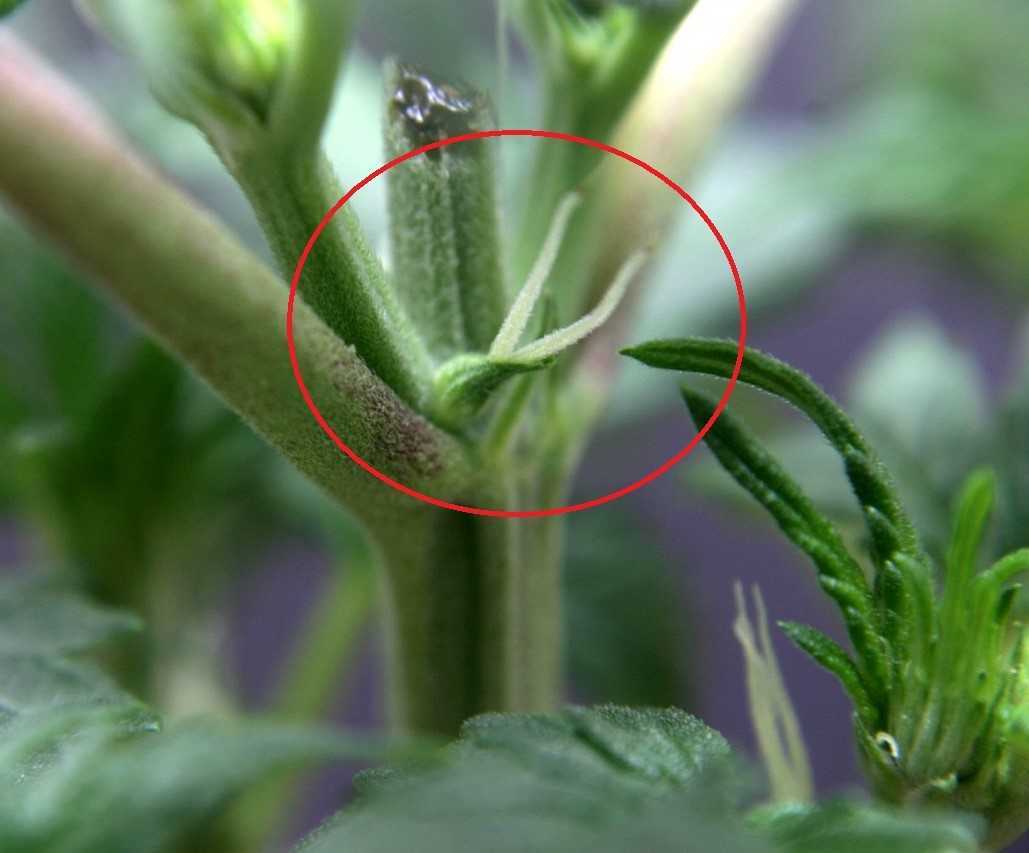 Clusters of flowers known as buds or colas only occur on female or hermaphrodite plants. Hermaphrodites are plants that are part male, part female. If you want sinsemilla buds, make sure you only have pure females.

Plants in constant light can sometimes start to show some pre-flowers after only a few weeks of growth. Usually though it takes a change in light cycle to trigger the plants into full reproductive mode.

Early female marijuana flowers look like little furry hairs, usually white, but they can be other colors. Early male flowers look a bit like small bunches of mini green bananas. Look near the leaf joins on your plants to see them emerging.

Even pure female plants have the potential to turn male or hermaphrodite. This can happen if the plant is stressed too much through bad treatment or if chemicals are applied to the plant to induce male flowering. 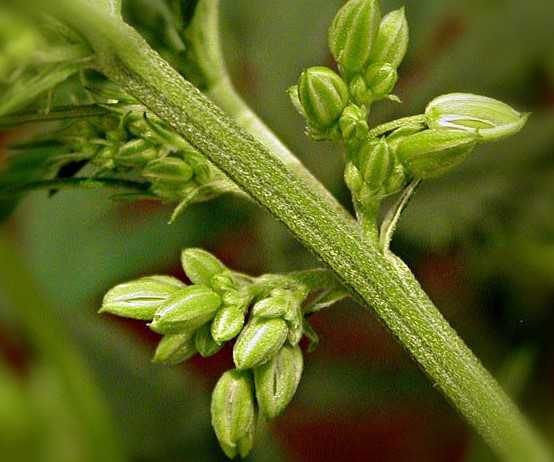 Unless you have plans to breed or to produce lots of seeds, always  separate male and female plants as soon as their sex becomes  apparent. Remember one or two male marijuana plants can turn a  whole crop to seed and you just don’t want that happening.

Once you have a good female plant that you would like to keep you can place it in constant light to stop it from flowering. This plant can then be a “mother” for you to take cuttings from whenever you wish. See the cloning marijuana section for more info.