Gorilla Bomb is known for many things and its potency of a whopping 23% THC content is just one of them. This is definitely a strain that’s going to knock out even the most regular users. But being sativa dominant, it’s likely most will just get a serious case of the giggles.

For many regular smokers their THC tolerance creeps up over the years. This becomes a point of pride for some and a wistful regret for others as their days of reaching the stratosphere with a quick smoke edge ever further away.
For such cosmonauts there is an answer, a strain so powerful it will take experienced smokers places they have never reached and should come with a warning sticker for newbies. This answer is Gorilla Bomb, an explosive strain by Bomb Seeds that will see you left with big yields, a king-sized stone and one of the most resinous harvests you’ve ever handled.

This beast of a strain comes from breeding a clone of the #4 pheno with THC Bomb to make a product that is sinfully strong and more than deserving of the buzz around it. 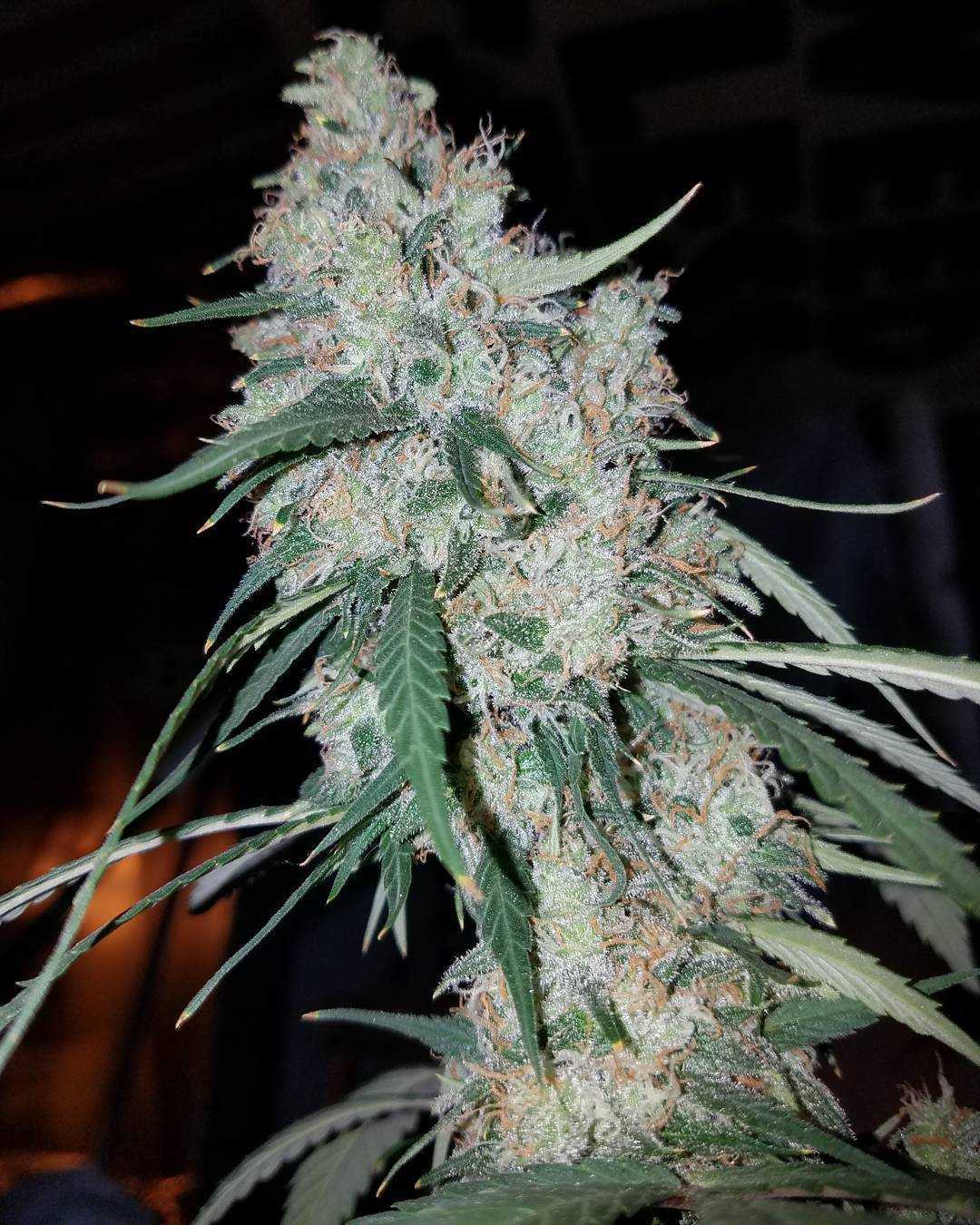 When looking at Gorilla Bomb it is only natural to speak about its brutal strength, with the strain measuring 23-25% TCH levels or more in many harvests. While endless fun for a seasoned cannabis aficionado, this really can knock out an unsuspecting smoker who innocently treats it the same as less potent strains. Make no mistake, the gargantuan strength of Gorilla Bomb is one of the most fun parts of it, but it may not be for the uninitiated.

Genetically Gorilla Bomb is a sativa dominant hybrid with enough indica to cover all bases. It is a fast acting strain with a multi-layered high that is both bodily and cerebral. It starts quickly after the first inhalation, causing a head rush that may be startling on the first try. This then eases out into a more relaxed, care-free sense of contentment that is uplifting and even energetic for some. When the initial mental effects have plateaued into a stable buzzing sense of euphoria, the bodily effects begin to take hold in a relaxing and highly satisfying manner.

This is definitely one to set aside for an evening of chilled out bliss. Moderation may be key, but with Gorilla Bomb you can quickly find yourself stuck to the couch after succumbing to its moreish and resinous appeal.

Gorilla Bomb doesn’t just deliver mind-blowing quality bud, it also delivers plenty of it with a yield that averages between 400-550g per m2. If grown for personal use then even the biggest weed fanatic will have their work cut out for them getting through one harvest. However, after one evening spent with Gorilla Bomb you may find yourself willing to take up the challenge. 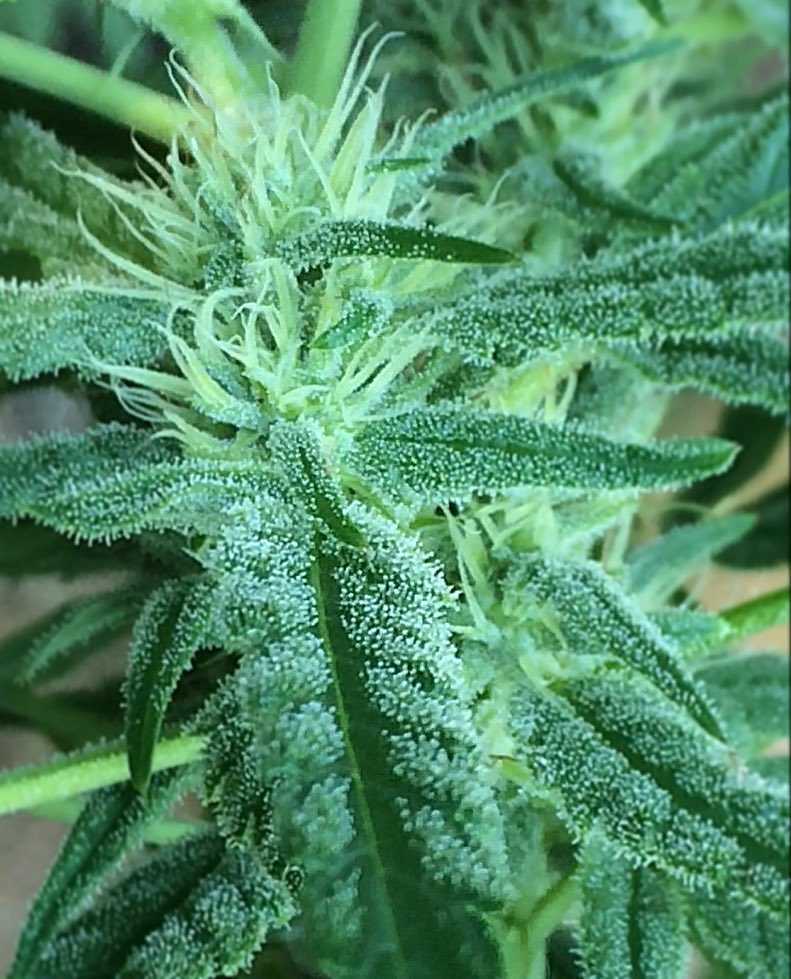 Gorilla Bomb will reward careful cultivation with the best harvests it can offer, making this one strain it is worth going the extra mile for. It can be grown both indoors and outside, taking around nine to ten weeks to flower, with most plants growing to a medium sized 90cm-100cm. Outdoor growers should find their rich harvest ready in October.

In the later stages of growing and throughout flowering Gorilla Bomb responds well to being treated with more nutrients than usual. The result of this will be buds that are thicker, more dense, and coated with enough resin to gum up your scissors within minutes.

Offering more than just a freight train-powered high, Gorilla Bomb also boasts a fantastic flavour. Contrary to the blunt force strength of the effects, the taste of Gorilla Bomb is a lot more refined, even subtle at first.

The initial flavour will be much like chocolate, sweet yet with a touch of bitterness. This gives way to a palatable fuel-like aftertaste that comes from the diesel genetics buried in the strain. Hidden in here too are notes of pine that sit in the sweet and sour mix to add a welcome complexity.

The subtlety of the flavour lessens over time to give way to a rising intensity of taste, building to eventually fill your mouth with a rich a potent flavour as you exhale. 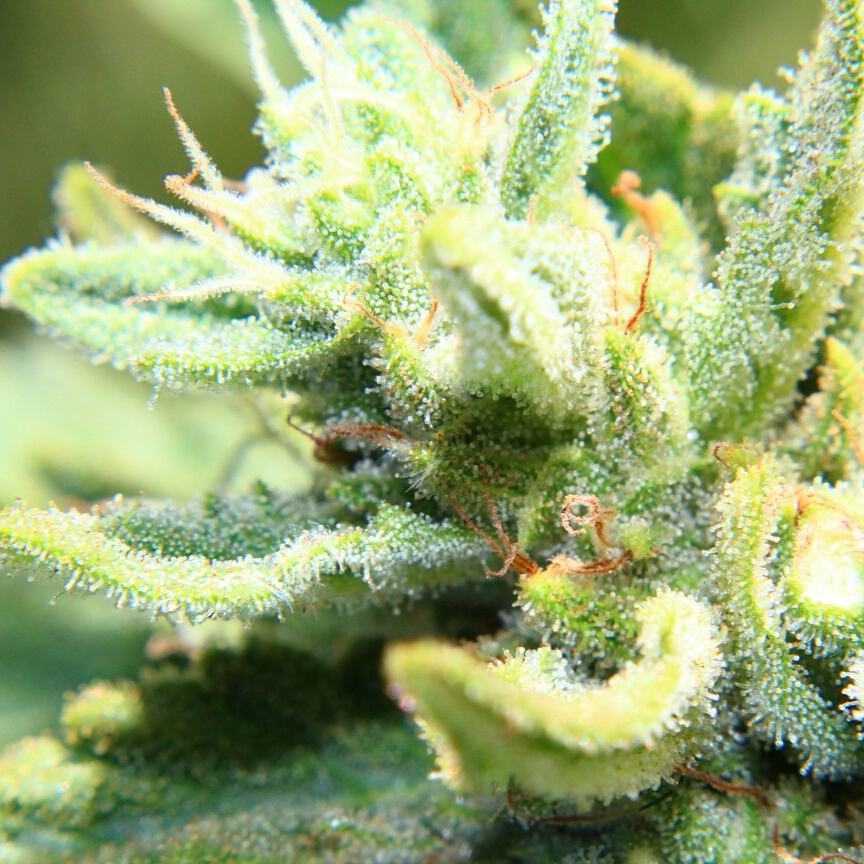 Even before researching or trying it, Gorilla Glue does a good job at selling itself if you can get your hands on some. Straight from the bag you can detect a tangy sour pine aroma to it that is only mildly evident in the taste. This attention grabbing scent is both delicious and strong, and upon closer inspection also contains bits of the chocolate and diesel you find more strongly in the flavour.

Getting your hands on the bud directly shows another side of it – the resinous goodness that Gorilla Glue simply oozes. Along with the weight of the trichomes this makes the strain irresistible to seasoned smokers and dab fans alike.

Gorilla Glue will struggle to find competitors that manage to achieve the levels of potency and knockout effect that it so effortlessly demonstrates. This is no novelty one-trick pony, however, and the heavy yields and great taste means Gorilla Glue can offer so much more. Think you’re up to the challenge? Order today and maybe you’ll find out.