Choosing the right marijuana strain for any garden can be tricky, as there are many factors to consider. Will the marijuana be grown indoors or out? Sativa or Indica? Is height important, or yield? And finally, it all comes down to the grower’s personal preferences. Some strains will do better in colder climates, while others have been bred specifically to grow larger yields. Others on the other hand, are grown for their particular taste or aroma. The bottom line is, every marijuana strain grows differently and has unique characteristics that will affect the grower’s decision of what to put in his or her grow room. 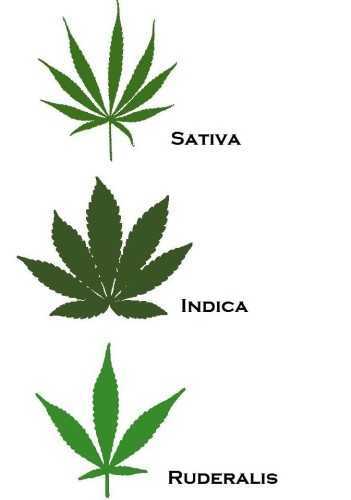 When considering strains, there are three different genetics, or types of marijuana, to consider: sativas, indicas, and ruderalis. Each of these types will bring their own distinct tastes and effects, so it’s not uncommon today for breeders to cross-breed different types to create cannabis that contains the best of each kind. So most strains today aren’t purely indica, or purely sativa, but rather will be a 60/40 mix.

Sativas are known to be the opposite of indicas. They grow taller and spindlier, and the leaves are thinner and light green in color. Sativa marijuana strains will grow much faster than indicas and they can noticeably increase in size in just a few days. The flowering period for sativas is usually longer, lasting anywhere from 10-15 weeks. The smell of sativas isn’t as strong as indicas, and typically holds a pine-like aroma. The effects will have a more cerebral stone, often described as energetic, giggly, and analytical.

Indica plants are usually short, bushy, and dense plants with fat leaves that are dark green in color. Indica strains are known for being smellier than sativas with a strong skunky or fruity smell. The indica flowering period is often shorter than sativas, lasting approximately 6-9 weeks with buds growing dense and heavy. The effects of indica bring a strong body high, which can be described as a relaxing lethargic stone, which can also increase taste sensation.

Ruderalis strains grow almost in contrast to indicas and sativas. They’re short like indicas, but spindly like sativas. They usually only grow to a maximum of 2.5 feet by harvest time, and the leaves are light green. The biggest advantage that ruderalis strains hold is that they are not dependent on light to change from the vegetation stage to the flowering stage. Instead, they automatically flower after 21-30 days of vegetation, making them ready for harvest at about 70 to 110 days from seed. It’s for this reason that ruderalis strains are more commonly known as “autoflowering” strains. The THC levels in ruderalis plants are known to be very low and so the effects aren’t nearly as strong as they are in indicas or sativas. Because of this, breeders will often cross-breed ruderalis plants with other, stronger breeds. 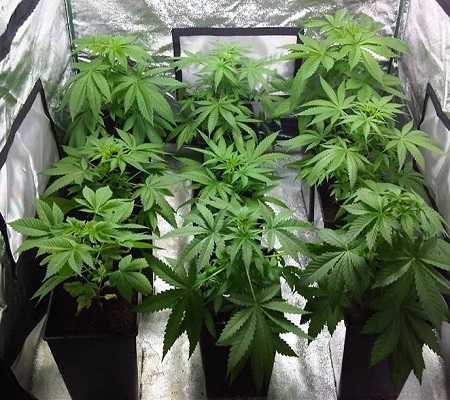 Beside any strain it will often say “Indoor” or “Outdoor”. While any strain can be grown indoors or out, breeders and seed distributors like to mention this attribute, as it can be used as a guide to show where the plant will show optimum results. For instance, Holland’s Hope and Afghan will suit colder climates with a shorter growing season, for growers that are growing outdoors; while strains like Orange Bud or Master Kush will suit a longer growing season and warmer climates. The distinction of indoor and outdoor is more important for growers that are going to be growing outdoors, as indoor growers are spoiled for choice. Often for indoor growers, it comes down to what strains provide the best yields, and personal taste preferences.

Plant height
Plant height will always be mentioned when buying a certain strain of marijuana seeds or clones, but it’s a characteristic that’s more important for indoor growers. The height stated is really only a guide, as the determining factor in cannabis plant height is the light cycle, or when the plant started receiving 12 hours of light a day. This is because when the plant is switched to a 12-hour light cycle, the plant begins to bud and effectively stops growing taller. The longer the plant is left in the vegetative phase, the larger the plant will be overall.

The harvest time refers to the average month, in the northern hemisphere, that the plant will be ready for harvest when grown outdoors. This is usually a fairly rough figure as it will be slightly different depending on the latitude where the growing takes place. Harvest time only refers to outdoor plants, as they’re dependent on the sun for flowering and maturing, while those grown indoors are not and can be harvested essentially, whenever the grower wants. 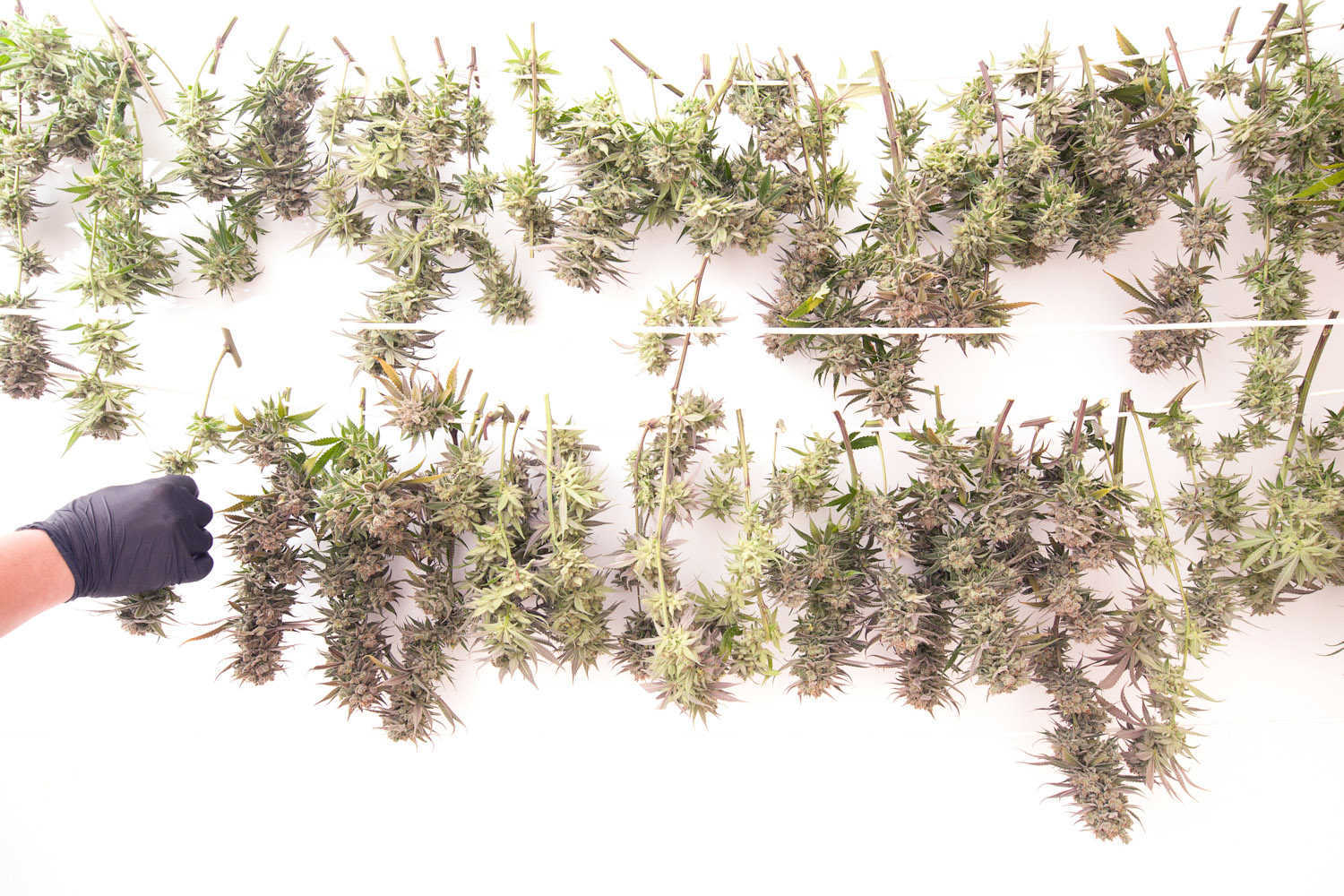 Yield is a very general guide as to how many buds are expected to be harvested. There are a number of factors that influence the yield that it’s best to compare the yield of one strain to the yield of others, rather than comparing yields from the same strain. For instance, if one strain is grown hydroponically, it will produce bigger yields than a plant from the strain grown outdoors. A good rule of thumb is to consider the yield stated as an average amount of buds expected per unit area (1 meter squared), under good growing conditions. The strain doesn’t define yield as much as the quality of the growing environment does.

THC is the main compound in cannabis, and the one that most often comes to mind when people think of marijuana. However, THC is only one of the 483 identified compounds in cannabis.

This is the compound that’s mostly responsible for the psychoactive effects of marijuana. It’s not created until the plant is dried and heated, either in the form of cooking, smoking, or extracting. The effects of THC are most typically relaxation, reduced pain, and increased appetite.

THCa is what THC is before actually becoming THC. While THCa doesn’t hold any psychoactive properties in its raw form, it is useful in medicinal applications. It’s known to have anti-inflammatory and anti-proliferative benefits that can actually slow the growth of cancer cells. However, any medicinal benefits from THCa are lost once the plant is dried.

CBD also does not have any psychoactive properties, but it is known to hold great medicinal properties. CBD is the component of marijuana that makes one feel relaxed and has been shown to largely help with anxiety, arthritis, cancer, pain, depression, and many more medical illnesses and disorders.

Just like CBD, CBC holds great medicinal properties and is known to be responsible for most of the anti-inflammatory and anti-viral effects of marijuana. In order to bring out the most of CBC’s effects, it needs to be used in conjunction with both CBD and THC.

CBN develops when THC is exposed to light and oxygen, such as when a bag of marijuana is left open, in direct light, or both. CBN is said to have some mild psychoactive effects, but if too much develops, it can cause an intense body high that leaves the user feeling extremely lethargic. Because it can make individuals feel so groggy, and sometimes even dizzy, CBN on its own is usually not used for medicinal purposes.

These are just a few of the chemical compounds researchers know are in marijuana today. As more research is performed on the cannabis plant, scientists will discover more about them, and maybe even find a few new ones along the way!

Choosing a strain of cannabis plant to grow is never easy. There are many factors to consider, including where the marijuana will be grown, how it will be grown, and what the plant’s actual genetics hold. Before a grower can choose a strain, it’s important that they first research the strain and familiarize themselves with the different terminology, as well as what will be required to get the maximum yield from that particular strain.