A strain that’s been one of the most popular in Dutch coffee shops for over 20 years, users will first notice the buds that are dripping with crystals. These give rise to the euphoric and relaxing effects that are heavy on this strain’s sativa-dominant side. The taste is very earthy, with woody notes coming through in the very pungent aroma.

There are certain strains out there that need little introduction. White Widow is one such superstar, earning the admiration of rappers, coffeehouse frequenters and your average recreational smoker alike. No flash in the pan, White Widow has been on the scene since the mid 90’s, growing in popularity and refusing to go away. Not that anyone particularly wants it to, as over the years White Widow has become a firm favourite for quality weed fans across the world.

This is fitting given its globe spanning genetic heritage, being the result of a cross between a Brazilian sativa and a South Indian indica. But a strain of such quality was never going to be left untouched, and White Widow ultimately went on to be the progenitor to numerous strains including White Rhino, Blue Widow and White Russian. So with such a reputation preceding it, it’s worth a look to see just how White Widow has earned its status. 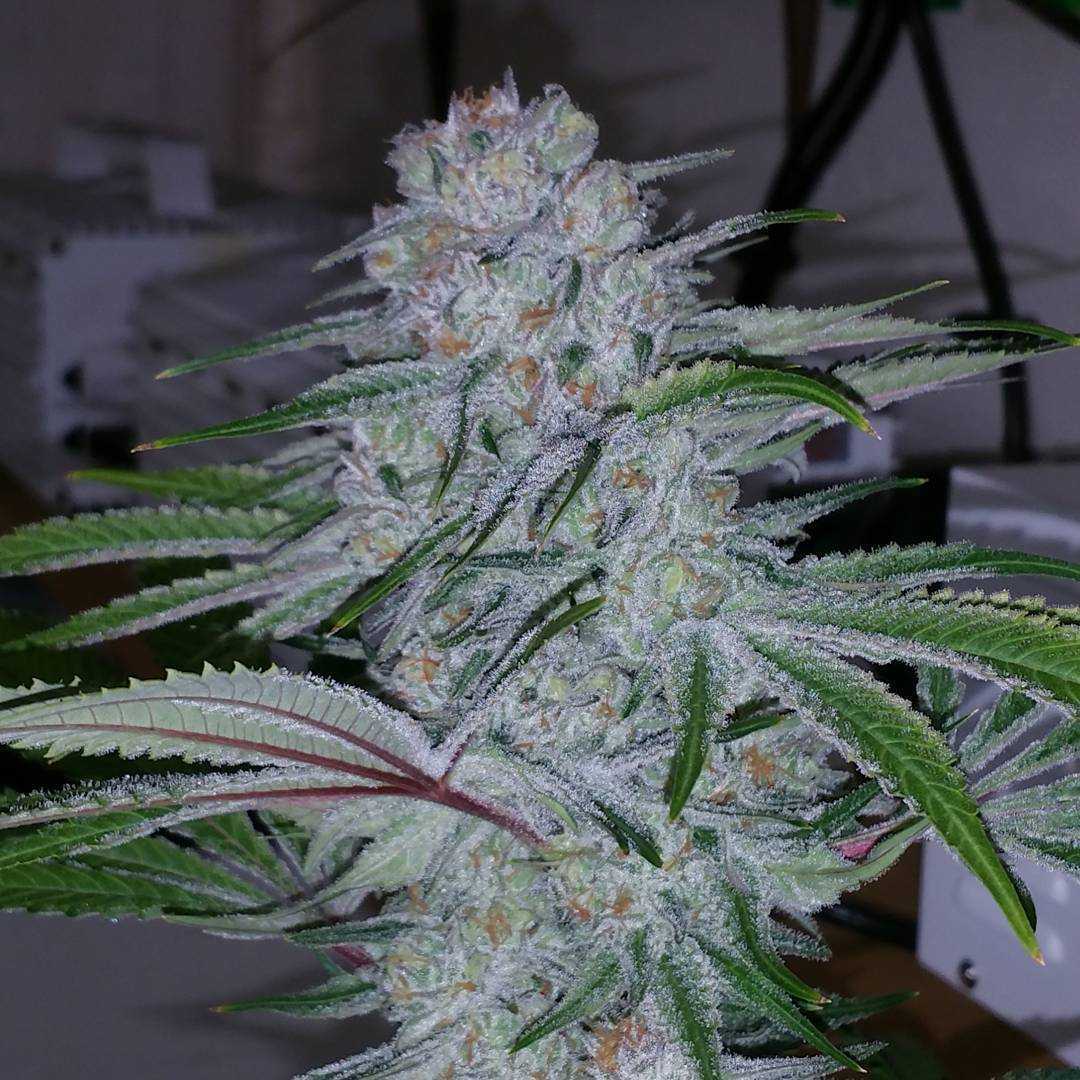 White Widow is a sativa dominant strain, being 60% sativa and the remaining 40% indica. It is this mix of both that is largely responsible for the effects when smoked that is at the root of its lasting popularity. Known for its suitability as a recreational smoke, White Widow is especially ideal for social situations. Its 20% THC level gives it the kind of potency that will keep seasoned smokers happy, while the uplifting effects also makes it suitable for the less experienced.

The high itself is initially very cerebral, proudly demonstrating its sativa dominant genes as a gentle euphoria washes over you. This expands into a general contentedness with the world, sweeping away any stress or lingering tension and perhaps even ushering in a period of creativity. It doesn’t take long for the indica part of the plant to catch up, however, and the happy heady buzz is soon joined by a sedating bodily effect. In higher quantities this can be relaxing enough to battle insomnia and deal with fatigue, but at moderate levels it will simply be pleasant and relaxing.

This doesn’t do justice to how nuanced and fantastic White Widow’s high is, however. The joy of the euphoria, the hearty laughter and the occasional bright visual experiences are all part of the fun with this near-perfect hybrid. Best of all, White Widow is in no rush to leave and the effects will stay with you for hours.
Because of the quality and strength of its high, White Widow has also become a popular choice for medicinal smokers. As mentioned before it has proven very helpful for those suffering with high levels of stress or struggling with insomnia. It has also been successful in helping with related conditions such as anxiety and depression (and controversially even PTSD and Hepatitis C), though its effects can also ease migraines and chronic pain.

White Widow will reward careful growers with a decent harvest, providing about 450g per m2. This is not the hardest strain to grow but neither is it the most forgiving, and anyone considering growing White Widow should do their homework to get the best yields from their plant. 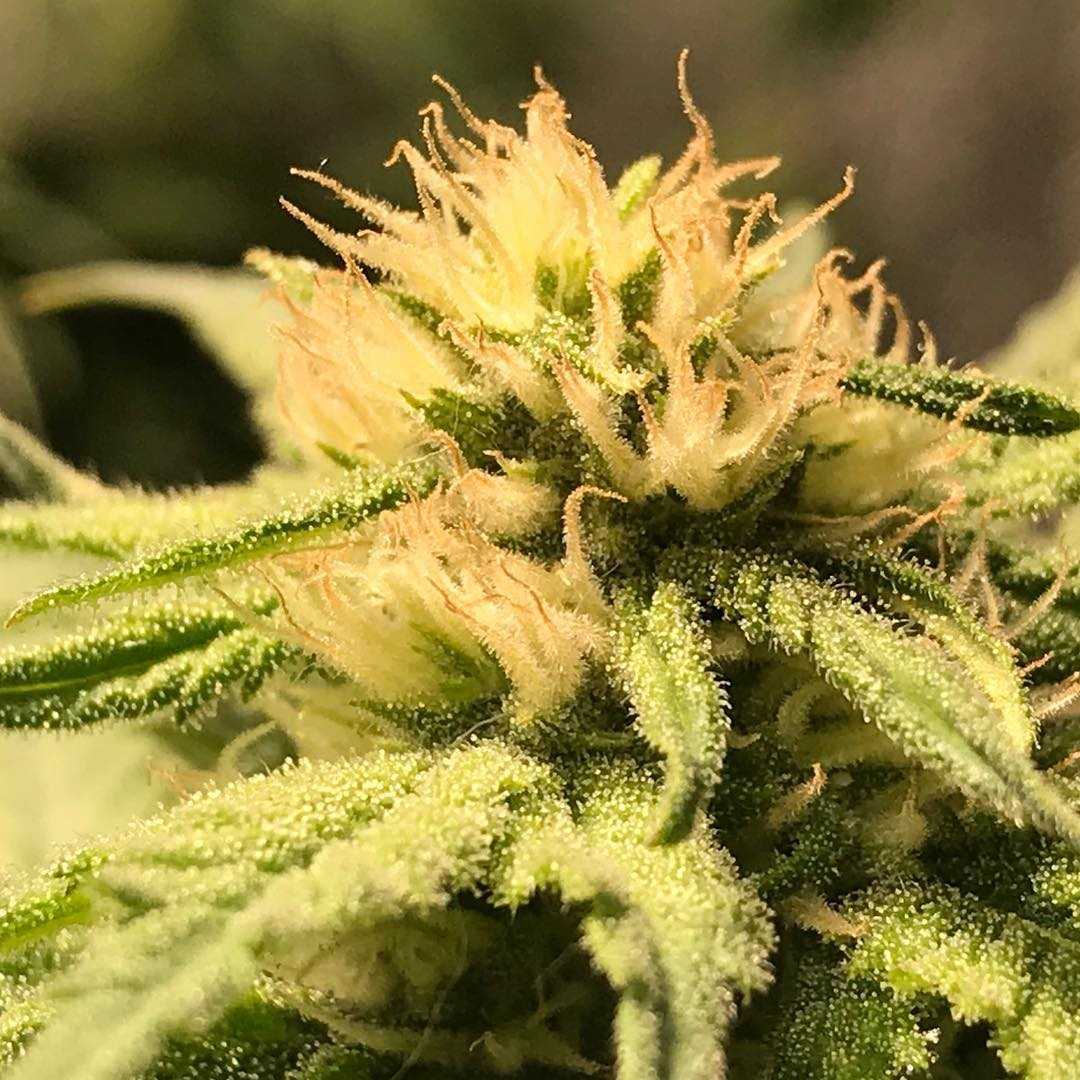 Appropriate for both indoor and outdoor setups, how you grow White Widow will depend on your level of experience and the climate where you live. It is generally regarded as a medium sized plant, though its enthusiastic sativa genetics have seen some plants reach up to 200cm. Still, it generally stays at a small enough size to allow indoor growing, taking 8-9 weeks from seed to harvest.

When grown indoors the plant can benefit a lot from a SCRoG (Screen of Green) or SoG (Sea of Green) growing method. Generally, however, growing White Widow indoors is a fairly straightforward affair, with its pest and disease-resistant genetic s making life much easier for those without good ventilation systems. Indeed many claim the strain was engineered to thrive in an indoor environment, being especially well suited to hydroponic growing.

Outdoor cultivation is also an option, though the plant definitely has a need for warmer environments and frequent sunshine. This makes it generally unsuitable for growth in colder climates. Those who can provide the right growing environment, however, will find White Widow giving generous yields and a harvest that is ready around the end of October.

Beginning with a distinct sugariness, White Widow reveals a delicious complexity beneath with a classic skunkiness joined by notes of pine, pepper and citrusy sharpness. It carries with it a certain pungency that will just hit the spot for a certain type of weed fan, and this combined with the smooth smoke on the exhale makes this one satisfying strain to enjoy. 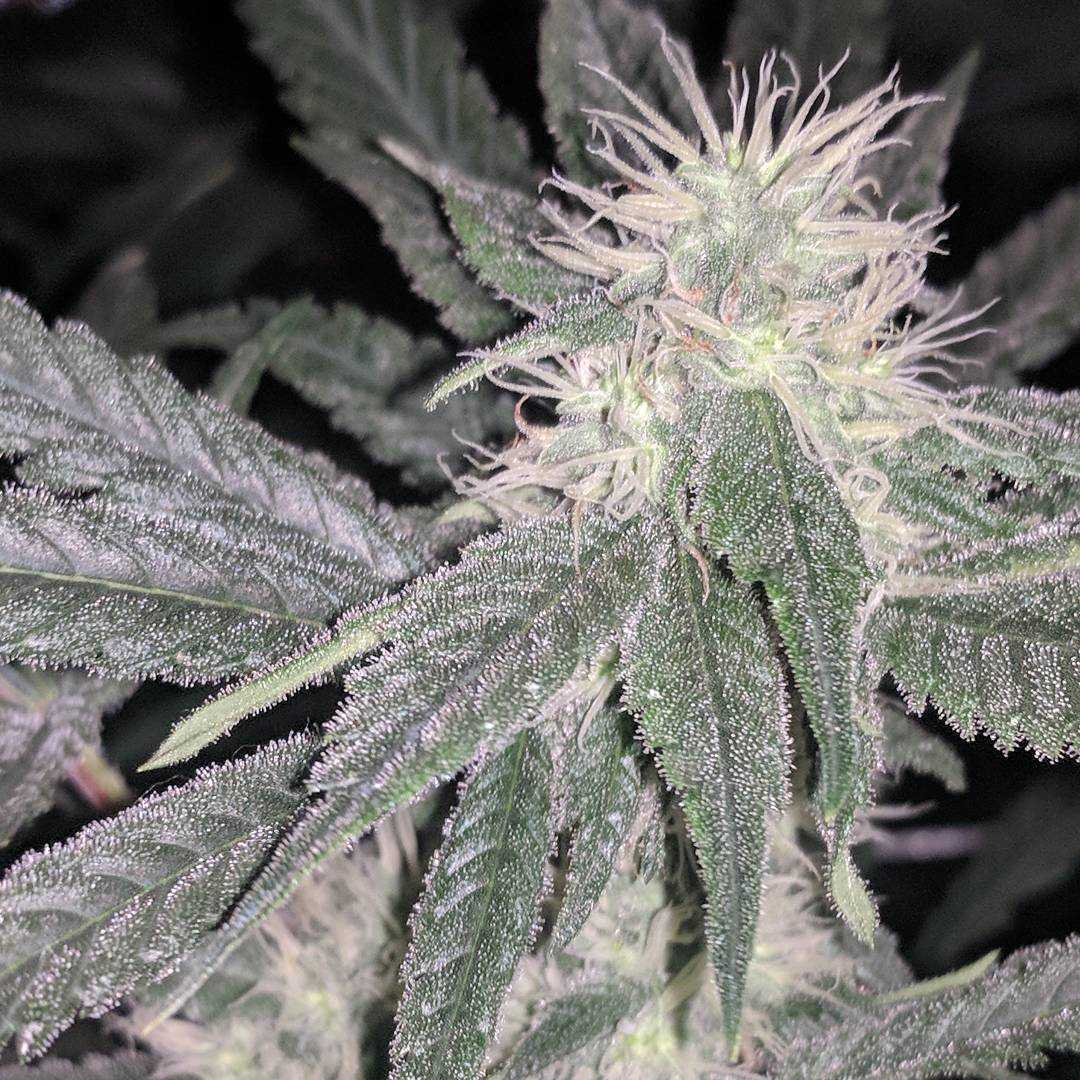 Clear from both its appearance and weight, White Widow is completely covered in a thick frosted layer of delectable trichomes. So noticeable and appealing is this icy outer coating that it proved the inspiration for the strain’s name. Opening the bag up will reveal the same pungency found in the taste, promising a smoking experience that is every bit as appealing as the buds are to look at.